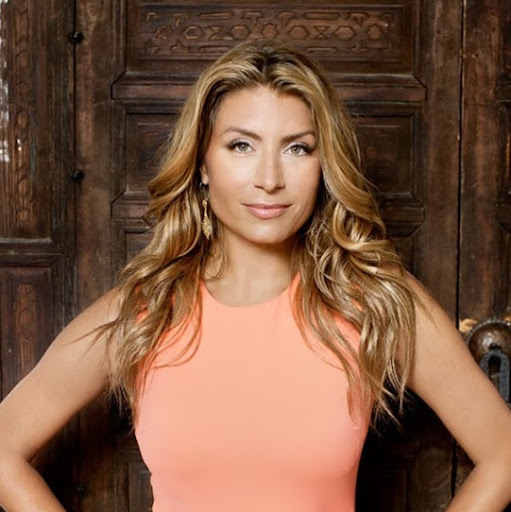 Who remembers Trading Spaces on TLC?  I used to LOVE that show.  That was the introduction of good home design TV shows for me.  Since that time, I’ve definitely become an HGTV junkie, but what else is new?…

My most favorite designer on that show, hands down, had to be Genevieve Gorder.  I loved every room she designed, not to mention her personality always seemed really down-to-earth and relatable.  Since that show, Genevieve went on to host my absolute favorite show, Dear Genevieve.  I could watch those episodes over and over, and I’d still watch them if they ever aired again (help a sista out HGTV!).  Even my husband, who is not a regular HGTV viewer, has always vowed that if we ever hire an interior designer, it would have to be Genevieve.  Now that’s saying something, for a man who doesn’t pay too much attention to those things!

Even recently, her new show, Genevieve’s Renovation, gave us a peak into her real life with her daughter Bebelle.  The show focused on how she joined two condo units into one large space for the two of them.  If I had anything negative to say, it would be that the episodes were not long enough and there should have been more than 6 of them.  I mean, what’s up with that HGTV????

Anyway, Genevieve Gorder (or Gen, as I like to call her) is certainly one of my all time favorite design crushes. What’s not to love?

P.S. – She also has a digital magazine app launching September 8 called Real Genevieve Mag.  I’ll be sure to check it out!